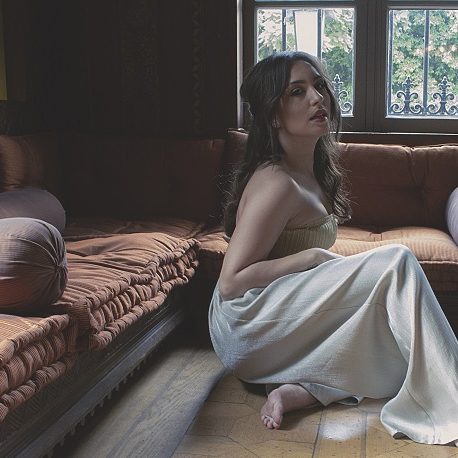 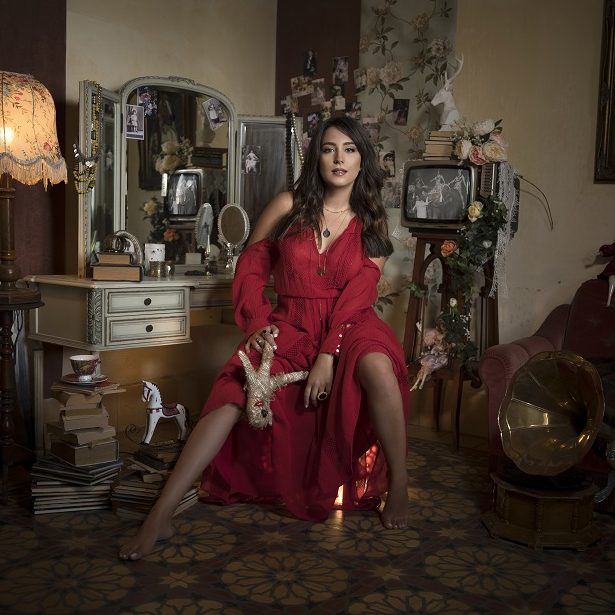 “Tell me which land shall I call home?

The one beneath my feet or the one across the ocean?”

With her captivating multi-octave voice and persuasive cross-cultural message, vocalist and songwriter MAYSSA KARAA defines a new era of musical inclusion. Her songs tell of a journey connecting her origins in the ancient land of Lebanon to her adopted home of Los Angeles, California. She has recently launched the first single CALL ME A STRANGER and music video of her full-length English solo debut, SIMPLE CURE through an event at the historic Capitol Records in Hollywood which was attended by major figures from the mainstream and media press as well as the film and music industry .

Growing up in Lebanon, MAYSSA was trained in classical music. While she loved singing, a future in civil engineering was her life plan. It was the sage advice of a French conductor that guided her to a professional music career. “He told me, ‘When you meet God he’s going to tell you, ‘I gave you a gift–what did you do with it?’ That was the turning point in my career. Fortunately, my dad had already applied to Berklee College of Music in Boston for me and had an audition set up.”

Cinema audiences might identify MAYSSA’s voice from the hit film American Hustle, where her Arabic version of the ‘60s classic “White Rabbit” was a standout track on the Grammy-nominated soundtrack album.She’s also recently had a song (featured in one of the biggest movies in India) produced by AR Rahman (the guy behind “JAi Ho” and the music of the movie “Slumdog millionaire”) which has become a major hit in Bollywood. Mayssa is currently working with AR Rahman on a major collaboration which will be launched mid 2019.
Television audiences might recognize her from the popular PBS Special, Enrico Caruso: His Life, His Cities, His Music, featuring Placido Domingo in Naples. (She is also featured in the follow-up that was released in the Spring of 2018.) International families might identify her with “The Arabic Alphabet Song” from Sesame Street that generated over 22 million YouTube views.

Melding Arabic influences into Western music is MAYSSA’s forte: notable recordings in her catalog include a version of Pink Floyd’s “Comfortably Numb” accompanied by the band’s Scott Page, to which both Roger Waters and David Gilmour granted their blessings. MAYSSA traveled to Detroit, Michigan to honor Rock & Roll Hall of Fame legend Bob Seger. Fronting a band organized by the distinguished producer Don Was, she performed a haunting version of Seger’s “Turn the Page” in both English and Arabic during the 22nd Annual “Concert Of Colors”in 2014 at the Orchestra Hall in Detroit, MI.

With the U.S. as her current homebase, MAYSSA, who sings in nine languages, has traveled the world performing music in a fusion of east and west, with key performances in palatial settings for the L.A. Philharmonic, as well as in the United Arab Emirates, in Belgrade, Serbia, at the Ziggo Dome in Amsterdam, at the UNESCO in Paris, and stateside for featured concerts at Boston’s historic Faneuil Hall and the Dorothy Chandler Pavilion in Los Angeles.

With music as her passport, MAYSSA says that it was never an intention to come to the U.S. and live inside of a bubble. “I came here to expand, to tell others about my culture and learn about theirs.”