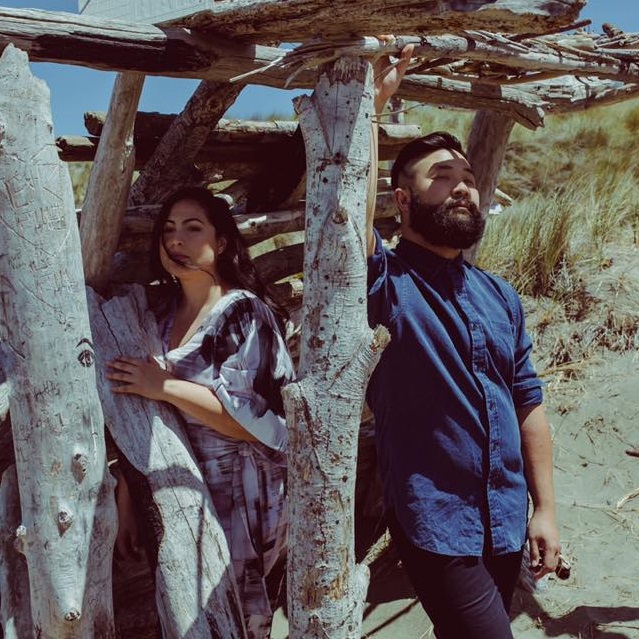 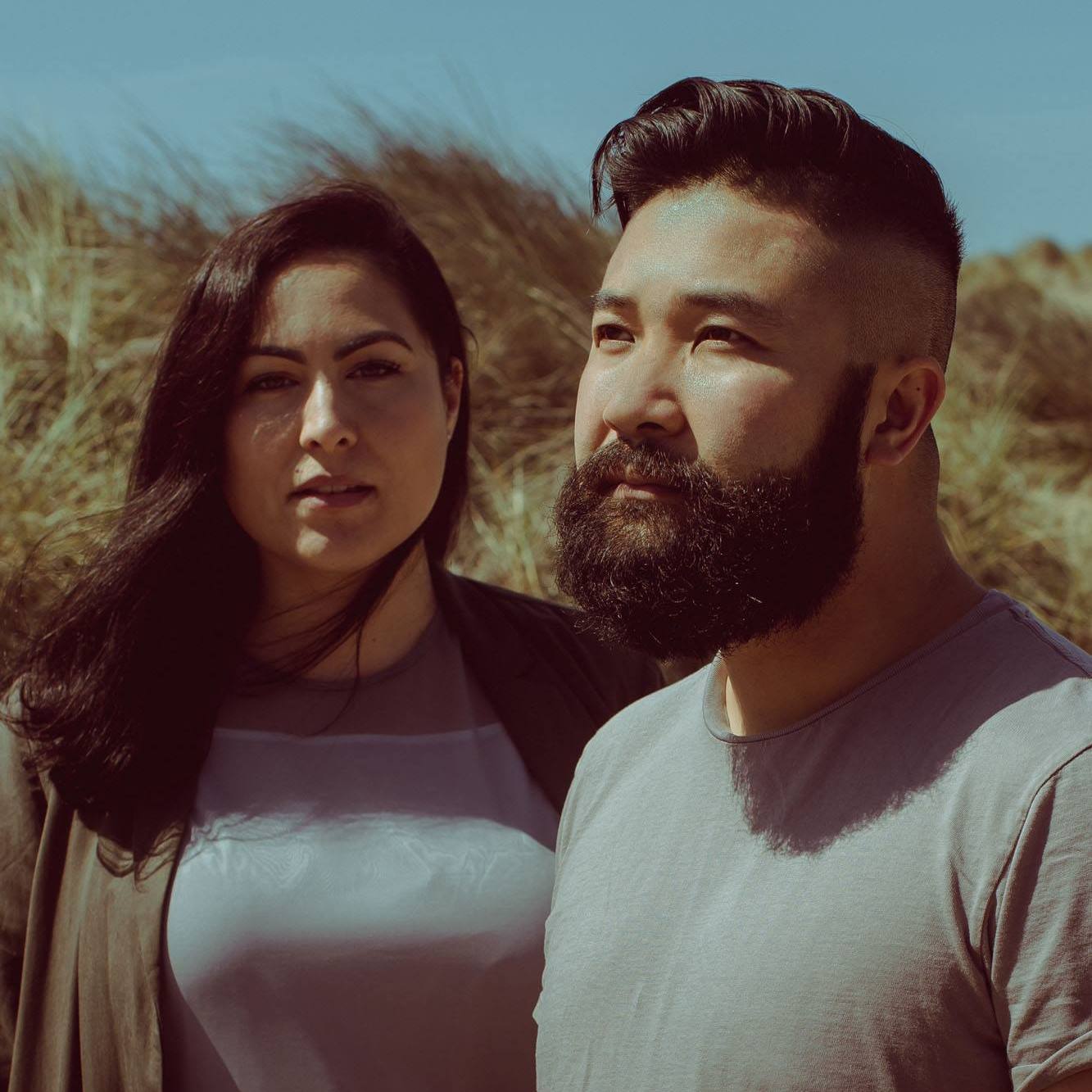 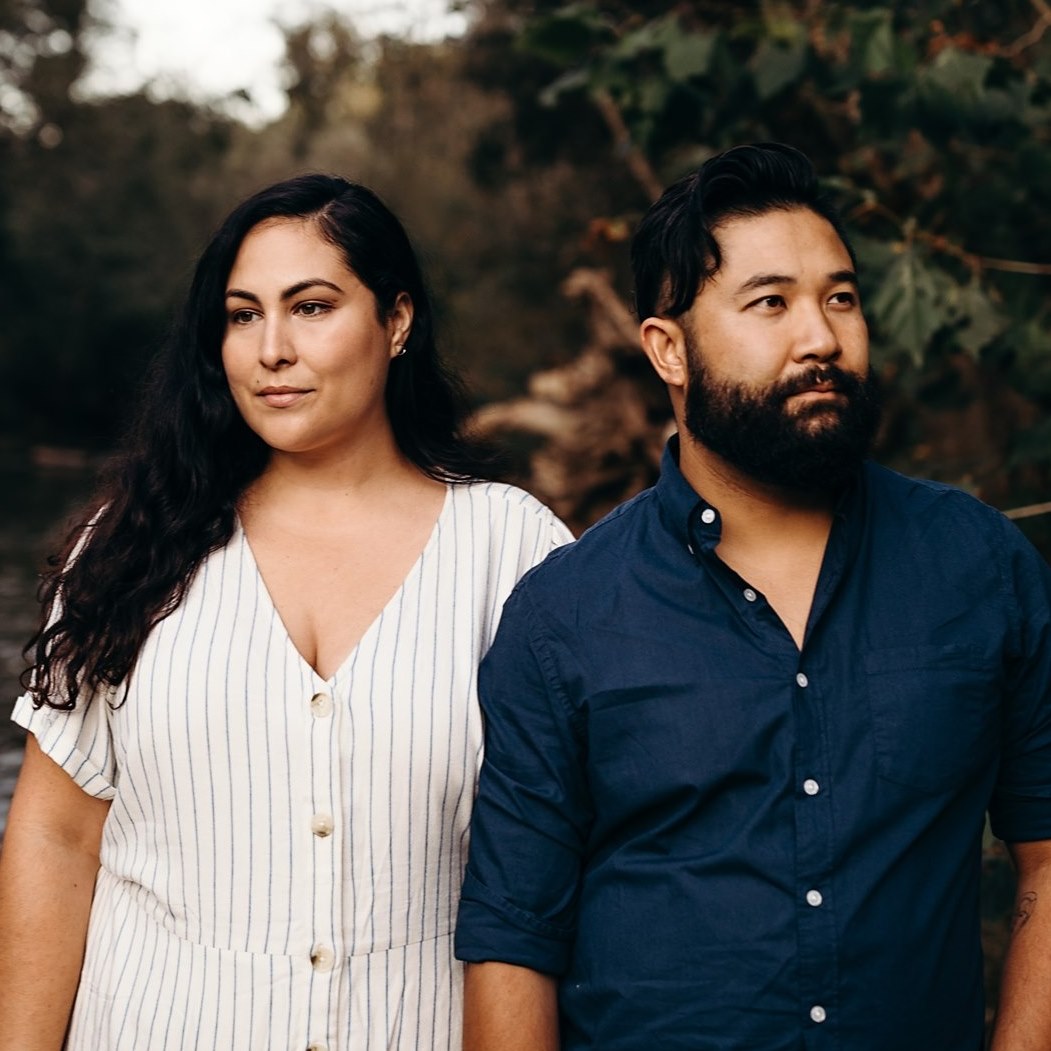 The Singer and The Songwriter

Their identities as mixed-race-Mexican-American and first-generation-Vietnamese-American (respectively) subtly inform the inclusionary, modernist perspective of their lyrics, which provide “smart commentary on social attitudes” (Pasadena Weekly), while their music and melodies cut across decades of classic American song forms, bending and blending genres to produce a unique sound with a fresh, clever and distinct approach to the classic traditions of American jazz, folk and blues.

After meeting in 2006, the California-based duo began writing and performing music together. Over the course of two years, as their songwriting developed, they began to incorporate influences from different eras of jazz and pop music, which led to the creation of their unique, vibrant, “sophisticated but playful” sound (BuzzBands LA). “His guitar shimmies and swings like Django Reinhardt while her voice wraps around each note, swaying in unison like a modern-day Ella Fitzgerald.” (Nooga). And while their music hints at these vintage styles, the writing remains modern and relevant – “a breath of musical fresh air” (Playback: STL)

In 2012, the duo won the West Coast Songwriters International Song Contest in the Miscellaneous category for their original recording, The Art of Missing You – “…a delightfully poised and melancholic classic jazz ballad that Sarah Vaughan or Billie Holiday would have gladly wrapped their wounded souls around.” (Americana-UK)

In 2014, The Singer and The Songwriter released their critically acclaimed, debut full-length LP, What a Difference a Melody Makes, produced by Charlie Stavish (Ryan Adams, Jenny Lewis) with mixing and mastering by Brooklyn collective, Mason Jar Music (Lucius, Feist and Andrew Bird). Debuting at #34 on the CMJ Jazz Top 40 Charts, the album has been critically praised as “diverse, confident, stylish and accomplished” (Americana-UK), “a revelation” (Pittsburgh In Tune) and “an opus worthy of national attention” (Playback: STL).

In March 2016, The Singer and The Songwriter released their sophomore EP, Ballads for Trying Times, produced by Griffin Rodriguez (Beirut). This latest release is being praised as “a delectable listen, an emotional journey down a sullen, yet hopeful trail. Garcia and Tran bring together songs that appear written just for the listener, and no one else.” (Playback: STL). The songs on the EP are described as “baroque lullabies that move along with an ease and fluidity that showcases their musical maturity and sensibility.” (The Deli LA) The deeply personal record highlights the duo’s strengths as writers and performers: “Garcia’s rich, warm voice wraps around you like the softest quilt and Tran’s subdued guitar shines at all the right moments, creating somber tracks that are more than palatable and necessary.” (Bitch Media)

In October 2017, the duo released their third collection of songs, DIRECTIONS. The Huffington Post says the album “radiates gorgeously contagious melodies, palpitating rhythms and luscious harmonies and, of course, Garcia’s unparalleled voice.” In February 2018, the song, “Give Love” was nominated for Best Adult Contemporary Song at the 16th Annual Independent Music Awards. The duo is currently touring nationally. Of their performance at the 2018 Kansas City Folk Festival, Playlist Play writes: “The duo creates soft melodic songs, that could just as easily exist as poems. Beautiful and full of soul and emotion, the quaint pair swept the audience away; first time listeners and long-term fans.”

In October 2019, the duo partnered with High Plains Public Radio for the HPPR Music Ambassador Tour, a multi-city listening room tour, aiming to bring high-quality live music to the small towns and rural communities in the high plains region of the US. The HPPR Ambassador program increases community exposure to the arts and, through these intimate performances, provides these audiences with access to world-class musicians.

The duo is currently writing and recording their next full-length studio album, Dreams! The Dead! Ghost! Future, which was successfully funded via Kickstarter in November 2019 and set for a release date in 2020.